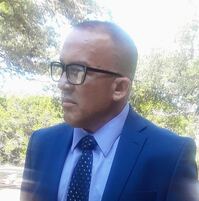 Multi-​Talent​ed DJ​ / Producer
He discovered his love for music as a young boy in N.Y.C. His first job was in a record store named MUSIC SCENE in West New York N.J. and that was it.  He became a D.J. at 12yrs old, he traded his moped for his first D.J. equipment which included a NUMARK mixer, 2 plastic BSR turntables, and a BOGEN amp from the 1950's. He mostly got involved in house parties and school functions turning the cafeteria into a micro dance club on weekends. By the time he finished school he got involved in N.Y.C Top Clubs that were blowing up big (XEXON) (STUDIO54) (THE UNDERGROUND) and learned as much as possible from the NYC top D.J.s at the time. Little Louie Vega, David Morales, Larry Levan, Shep Pettibone and he, became active in the NYC Club movement with his participation in anything music.

Throughout all these years James Rivera built an amazing collection of music, always with the idea of doing something in the future. In 1993, he finally bought some equipment and started beatmaking. His sound is crafted with all his musical influences and experiences (disco ,Hip-Hop, Soul, Rock, Techno, House, etc), always trying to push forward the boundaries of his sound. That’s what makes his musical identity, James Rivera, Music Producer /D.J. In today’s world of music entertainment, anyone who has a hunger to live out childhood dreams has a chance to develop themselves into the “STAR” that will ignite dance floors across the globe.
“I'm not just your ordinary DJ and when I work on my music, I always feel it in my soul …”The landscape of music is always cultivating new sounds and starts out with a dream and a passion to bring the visions and stories to life.
Currently, D.J. James Rivera is once again preparing to attack the music scene.
He is teaming up with talented producers, rappers, Vocalists and remixers from both the USA and Europe and is developing new music that will break rules and make you turn up the volume and pump up the bass.