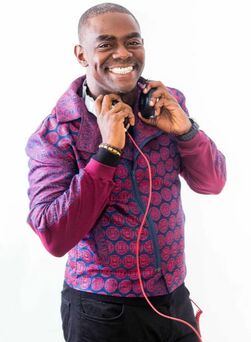 ​
Considered one of the most versatile and talented DJs in Trinidad and Tobago, Shomari KRL  is a musical force to be reckoned with behind a pair of CD players/Turntables or even on the microphone.

​
​
The Brand Redymix DMT is know for Versatility & creativity. Creating energy behind the decks while having the fantastic ability of Multitasking to energize an audience on the Mic are key elements that describe the talents of Shomari.

He is best known nationally for  his humbleness, entertainment insight,  especially in Regional countries such as St. Vincent and the Grenadines, St Lucia, Antigua and countless more while commanding a youth following especially among Tertiary Level or University students.

Shomari has been perfecting his skills (since the age of 12) over a wide variety of Musical genres & styles (Soca, Calypso, Dancehall, Reggae, Hip Hop, Pop & Top 40 Music) and he has entertained listeners young and old at many venues, all across T&T and the Caribbean He is gifted with a unique ability to blend new flavors with hits that have defined generations prior, creating a vibe that’s addictive to audiences and has reinforced his position as one of the top DJ’s/Announcers in T&T.

The Musical Motivation of Shomari and Redymix DMT  exists in the desire to make every performance and interaction better than the previous and believing that success comes to the hard working and those who want it the most.